The bulk of this show is dedicated to German electronic music pioneer Klaus Schulze was passed on April 26th, 2002. He also used the alias Richard Wahnfried and was a member of the Krautrock bands Tangerine Dream, Ash Ra Tempel, and the Cosmic Jokers before launching a solo career consisting of more than 60 albums released across six decades. I’ve selected music from across the earlier part of his career and featuring examples of all of those bands.

Dave Graney and the mistLY

The omnipresent Mr Tony Jenkins returns with his main band. Artful pop with a strong sense of melody.

With a workload which exceeds the prolific they are back again with a mini-LP which celebrates the riff and repetition with joyous abandon. The Fall meets Bogshed during a Jeffrey Lee Pierce fever dream. Despite the almost weekly release of material they appear to be continually inventive. They should be huge but probably won’t be.

Italian alchemists and power trio Ufomammut return with their ninth studio album, Fenice via Neurot Recordings. But not as we’ve heard them before, now “more intimate, more free.” For over 20 years, the band has combined the heaviness and majesty of dynamic riff worship with a nuanced understanding of psychedelic tradition and history in music, creating a cosmic, futuristic, and technicolor sound destined for absolute immersion. Fenice (meaning Phoenix in Italian) symbolically represents endless rebirth and the ability to start again after everything seems doomed. The album is the first recording with new drummer Levre, and truly marks a new chapter in Ufomammut history. Whilst the band are well-known for their psychedelic travels into the far reaches of the cosmos, Fenice is a much more introspective listening experience. Fenice was conceived as a single concept track, divided in six facets of this inward-facing focus. Sonic experimentations abound in the exploration of this central theme; synths and experimental vocal effects are featured more prominently than ever before as the band push themselves ever further into the uncharted territory of their very identity.

King Gizzard and the Lizard Wizard

Another prolific band return with their 36th (approx) release – even more eclectic than usual this is a mesmerising genre stew.

It might be argued that Brix Smith’s second tenure with The Fall was better than her first. Her contribution to the revised version of Glam Racket on a Peel Session was certainly a high point and re-energised the group to some degree.

From a remarkable album which seems to sum up what had gone before and what was to follow in a neat little package. I saw them in a packed Hacienda around this time and they were rather good.

t’s difficult to pin down Seattle’s High Pulp. In just a few short years, this instrumental band has dabbled in everything from avant-garde jazz to beat-driven R&B to psychedelic synthesizer-heavy electronica. The new album demonstrates their eclectic approach.

Her life performances seem to transcend the studio recordings. A massive performance supporting Nick Cave & The Bad Seeds at the Montreux Jazz Festival is epic in scale and a perfect example of her impressive work. 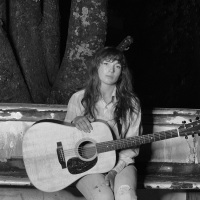