Union of Knives – Endless From The Start

After a 14 year hiatus, Scottish electronic rock trio Union Of Knives return to form with the coming of their second full-length Endless From The Start. It combines the pummelling urgency of industrial music with the cathartic release of ambient theatrics for a unique sound that mesmerizingly references goth, trip hop, and warped soul.· Touching on themes such as solitude, identity, stress and hope Endless From The Start is a collection of fragmented dreams, sound-tracking an alternate reality

Portuguese-Canadian-Swedish indie folk rock collective Lusitanian Ghosts will release their second album ‘Exotic Quixotic’ in November, recorded on analogue tape and mixed by Sebastian Muxfeldt (Elbow, Peter Doherty, Teenage Fanclub) at Hamburg’s Clouds Hills Studios and featuring ancient Portuguese chordophones and other European string instruments. Ahead of this, they present the ‘Soul Deranium’ single – a vibrant taster of the sonic prism through which they present ancient sounds in the 21st Century.

The Moss Brothers return with a new single. Ian says “One weird pop track and one minimalist spoken word piece , both have unsentimental observational lyrics that aim to provoke thought , this conversation may be one way but none the less it is communication.

Formed in 1981 in Barnsley, Party Day, with their bass-led rhythms and sharp, powerful drums, gigged extensively and released their debut single ‘Row The Boat Ashore’ in 1983. Their brand of Post-Punk Indie Rock with Gothic overtones soon got the attention of DJ John Peel and sold out almost immediately. The follow-up single ‘Spider’ from 1984 again received extensive airplay from John Peel and received rave reviews from the national music press. Their self-released debut album Glasshouse was released in 1985 to glowing reviews and has gained popularity over the years. Now very collectable, it exchanges hands for big money on the secondhand market. The Glasshouse EP followed later in ‘85 heralding a more commercial approach and widening appeal. Their second album Simplicity was released in 1986.

A remastered 31 track double-CD of all of their vinyl releases plus unreleased recordings.

Luis Leon – My Ears Have Tears

Over 2 years in the making, the debut of Luis Leon on Nie Wieder Schlafen is an expansive EP with 5 tracks, including a non-stop adventure with 3 deep and unforgiving progressive stories, gently held together in between 2 ambient tracks, the latter of them in collaboration with new and returning NWS talent Haider Uppal. From the main title track to the fast and rhythmic patterns of “It Won’t Be Long”, Luis captures an array of experimental grooves, which do not shy away from breaking boundaries and mixing various influences of his own. Filled with textures, vocal inputs and heavy dancefloor patterns, the release holds true to the sound of Nie Wieder Schlafen, while moving on to explore different sides of the atmospherical world of electronic music.

Melbourne, Australia-based atmospheric dream folk artist Plum Green releases her anticipated Somnambulistic full-length this autumn via Nefarious Industries. Somnambulistic is an entrancing nine-track album of dark lullabies. Together, they flow on from each other to form one overarching dream as a narrative. The concept behind the album was to create something comforting; a giant protection spell against the horrors of the world without completely ignoring them; a journey through sorrow and out into the light on the other side. The offering is also a stylistic shift from previous releases. While guided by guitar, her voice travels through walls of bowed soundscapes. A variety of different instruments are featured including classical string arrangement and the Melbourne Town Hall Grand Organ, which is said to be the largest musical instrument in the Southern Hemisphere. Produced and mixed by Daniel J. Cross at The Pool Room in Melbourne, Australia with string quartet engineered by Jesse Oberin at Crosstown Studios, Somnambulistic also features collaborators Tonal Noir from Macedonia and Valentina Veil (VV & The Void) from Berlin.

Charlatans Inc. is the 15th release from Derision Cult, masterminded by Dave McAnally of Chicago.

The album was created over the course of 2020, which was one of the more turbulent times in America’s modern history which is reflected in the sound and lyrics of the tracks. We live in era where outrage and anxiety are profitable businesses. Charlatans Inc is what happens when consumerism meets tribalism. News media is becoming increasingly motivated by profit to provoke emotional reactions out of people vs. reporting objective news to them, and the destructive impact this has on individuals and society. Tracks such as “The Great Reset” address corporate money and lobbying that is behind political movements that appear to be standing up for the little guy by the media, but are actually the same wolves in different sheeps’ clothing. Tracks like “Charlatans” compare Soviet disinformation campaigns called Active Measures with modern spin powered by big brands virtue signaling to a new generation of consumers. Dave doesn’t just say these things from afar, having spent nearly 20 years in the advertising industry as an executive who helped brands shape public discontent and discord in order to foster things they can align themselves to. Charlatans Inc culminates with the events of January 6 2021 and how this manipulation and conflict reduces ordinary unassuming people to anarchy

Uncle Frank in jazz rock mode on an album that was originally going to be called Hot Rats III. Its history is rife with litigation and there are two versions, one fully instrumental, and one with vocals on some of the tracks and some drum overdubs. Also part of the Lather box set.

The debut album by Jamaican deejay Dr. Alimantado. It was first released in 1978, and collects many of his self-produced singles from 1972 to 1977, employing the engineering talents of Lee “Scratch” Perry, King Tubby, and Scientist.

Jackson Code – The Things You Need

The fourth and final album released in 1995.

The Stress of Leisure – Achievement

From the album released in 2015 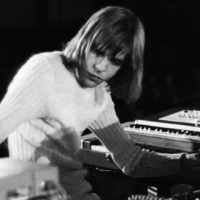